The European Union’s legislative institutions are in the final stages of adopting the Regulation on Markets in Crypto-Assets, which has become known by its acronym MiCA.

The draft is expected to be voted by the European Parliament in February 2023 and, if adopted (as is expected), will become the first piece of legislation in this area of such a large scale. The European Parliament and Council Regulations have direct effect and immediate applicability in all EU Member States, without the need for further action by local governments.

Expectedly, the news of an upcoming centralised regulation of the crypto-asset market in the European Union is causing a wide response among its participants, with reactions at both poles and difficult to generalise. Some believe that the introduction of clear rules for the issuance, offering and trading of crypto-assets will help both to grow the sector and to bring greater certainty to investors and confidence to the ecosystem. Others, however, share concerns that allowing governments to create rules in this area would destroy one of the most valuable features of crypto – decentralization and independence. Crypto-assets originated and gained popularity among investors precisely with the idea of ensuring an independent system for exchanging goods based on computer codes and programs and controlled not by central banks but by the millions of participants in it.

The need for regulation has been brewing for a long time as the sector has developed and has increased significantly following the recent collapse of FTX, and in view of the problems surrounding the Terra and Celsius platforms. MiCA’s main purpose is to regulate the issuance, supply and trading of crypto-assets. If enacted in its current form, it would create a comprehensive legal framework setting out requirements for the operation and governance of larger crypto-asset issuers and service providers, as well as adequate protections for investors and other customers of service providers.

First, MiCA provides for a centralised licensing regime at EU level. Thus, crypto-asset service providers (CASPs) will not require authorisation from each individual EU country to offer their services in their chosen markets. This should increase investor security while making it easier for providers, or at least the larger and more established ones among them.

Competent authorities in each Member State will monitor compliance with the MiCA requirements and carry out specific supervision of service providers with more than 15 million users classified as “significant providers”. In addition, the European Securities and Markets Authority (ESMA) will have powers to intervene in the market, including by prohibiting or restricting the provision of crypto-asset services by such providers where there are objective concerns about compliance with regulations and the implementation of necessary investor protection measures.

Also, under the future regulation, issuers of stablecoin (a cryptocurrency pegged to a regulated asset with a stable price, such as the US dollar) will be subject to liquidity requirements and will have to be based in an EU Member State. They would be subject to supervision by the European Banking Authority. The EBA will supervise those stablecoins that have more than 10 million customers or a pool of assets worth more than €5 billion. In addition, if the European Central Bank (ECB) has concerns about the legitimacy and reliability of any stablecoin, it will have the power to reject it.

Under the Regulation, any holder of a stablecoin should be able to redeem and receive the cash behind their stablecoin holdings at any time and free of charge, and the rules governing the operation of the reserve will also ensure adequate minimum liquidity.

Non-fungible tokens (NFTs) will be excluded from the scope of MiCA, unless it is not a single token but a collection of tokens created by the issuer for the purpose of purchase by investors. Entities behind NFT collections that fall under MiCA will be required to have a “white paper” explaining exactly what the product is and how it will work on the blockchain.

MiCA will also create the world’s first explicit rules to define and prohibit specific forms of manipulation in the crypto-asset market. This includes cases where service providers use advanced knowledge of upcoming transactions to profit from price movements in them. Measures are also envisaged to address insider dealing, which is a cause for concern among investors. MiCA will require service providers to publicly disclose inside information about their organisation and tokens at the earliest possible moment to maximise transparency of internal processes.

Also subject to explicit regulation will be transactions with crypto-assets where the seller is actually on both sides of the transaction, which creates a misleading picture of the value and liquidity of the asset as well as of its demand (known as wash trade).

The attitude of companies towards environmental protection is also an issue that is heavily developed in the draft of the Regulation. This is the result of the critical views expressed at the beginning of the procedure that the proof-of-work consensus mechanism used for example by bitcoin needs to use a lot of energy, which in turn has a negative impact on the environment. In the draft under discussion, the MiCA obliges relevant entities to declare information on their environmental and climate impact, and each service provider will be required to disclose what type of consensus mechanism it uses.

In all likelihood, it is too early to assess the impact MiCA will have on the EU crypto-asset market and its participants, and to answer the question of whether the Union’s objectives are to stimulate and develop this sector or represent an attempt to regulate and control it.

On the one hand, all Brussels officials who have spoken on the subject have expressed positive intentions to increase the security of Europeans’ investments in crypto-assets and to position the EU as a world leader and centre on digital technologies and crypto-assets in particular.

At the same time, however, a few days ago, the European Central Bank, in its official blog, came out with an unusually scathing position, according to which bitcoin is artificially supported and should not be legitimised by regulators or financial companies, and its recent stabilisation on the markets has been described as an ‘artificially induced last gasp’.

What the final version of MiCA will be and how it will affect the EU crypto-asset market will be seen soon, but one thing is certain – the increasing amount of assets involved in it, as well as frequent growth mistakes such as the FTX collapse, make it inevitable that the old players will increasingly enter the market regulation and its supervision. 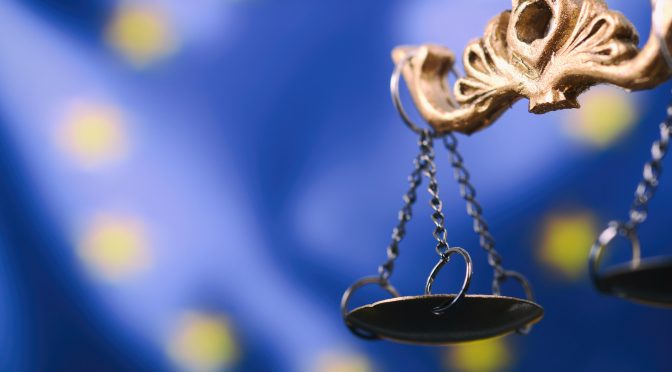 The Master’s program has rich tradition and includes intensive study and analysis of both the theoretical statements of European Union Law and the jurisprudence of the Court of Justice of the European Union. END_OF_DOCUMENT_TOKEN_TO_BE_REPLACED 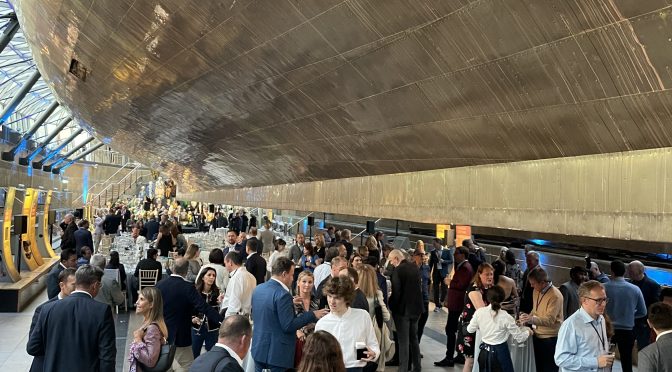 Hristo Hinkov, Attorney-at-law, Partner in Stankov, Todorov, Hinkov & Spasov, Attorneys-at-Law, took part on behalf of the law firm in the annual General Meeting of the international lawyer network Mackrell International, which was held in London, United Kingdom, in the period 07-11 September 2022. END_OF_DOCUMENT_TOKEN_TO_BE_REPLACED 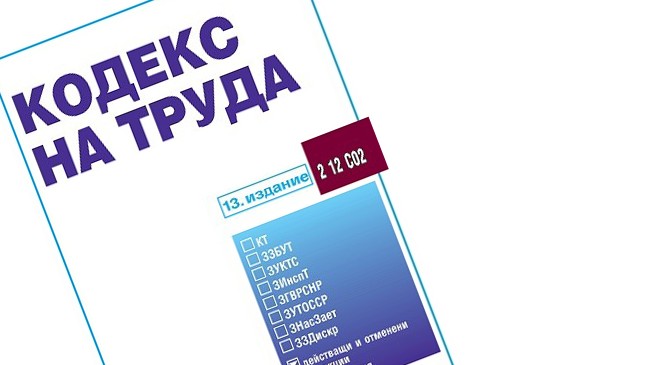 The broad range of rights and obligations affected requires swift alignment of employers’ internal procedures and practices with the regulatory changes. END_OF_DOCUMENT_TOKEN_TO_BE_REPLACED 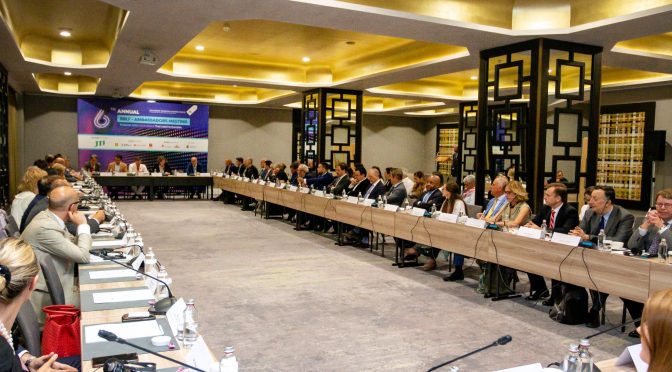 As every year, the event brought together representatives of the government, a number of ambassadors, as well as business representatives, with the aim of creating an opportunity to discuss the economic and social development of the country. END_OF_DOCUMENT_TOKEN_TO_BE_REPLACED 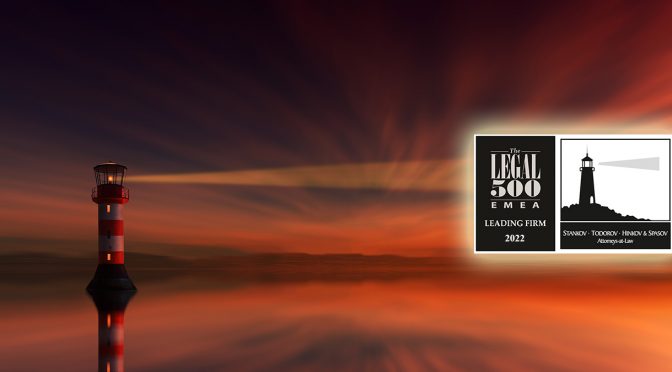 For another year, the international legal directory The Legal 500 placed Stankov, Todorov, Hinkov and Spasov among the leading law firms in Bulgaria. END_OF_DOCUMENT_TOKEN_TO_BE_REPLACED