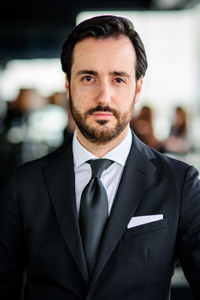 Teodor Todorov is a Managing Partner at Stankov, Todorov, Hinkov & Spasov, Attorneys-at-Law and an attorney registered with the Sofia Bar Association. He specializes in contractual, commercial and administrative law, litigation and enforcement proceedings. Over the years Teodor Todorov has accumulated considerable experience representing credit institutions, participating in enforcement proceedings and initiating execution proceedings.

Since 2015, he has been legally advising the trustees in bankruptcy of the fourth largest bank in Bulgaria in its insolvency proceedings. Teodor Todorov provides procedural representation in cases against some of the largest debtors of the insolvent bank with a common material interest exceeding several hundred million leva. Proceedings led by him are key cases in the formation of case law in bank insolvency proceedings. He also participated with proposals de lege ferenda in connection with amendments to the Bank Insolvency Act. As a result of the successful litigation of Teodor Todorov, the trustees managed to collect significant amounts of the bank's receivables.

From 2012 to 2016, he was a Member of the Managing Board of the Bulgarian Federation of Automobile Sports. He has a Master’s Degree in Law from the Sofia University St. Kliment Ohridski. Prior to becoming one of the founding members and Managing Partner of Stankov, Todorov, Hinkov & Spasov, Attorneys-at-Law, Teodor Todorov was a lawyer at Juricon Law Firm. Working languages: Bulgarian and English